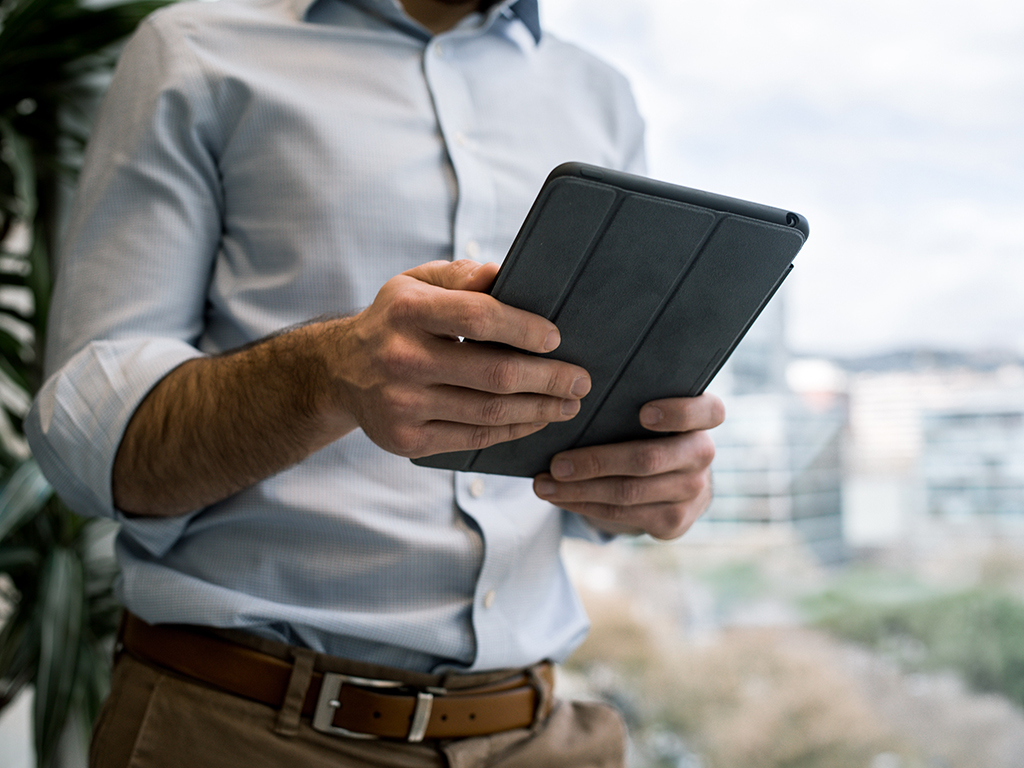 All businesses are trying to reduce their energy consumption, not only for economic reasons but also due to a raised awareness of the effects of wasteful behaviour on the environment. The best way to manage and reduce consumption effectively is through effective measurement – collecting as much data as possible about the demands of the building throughout the day.

However, making sense of the vast amount of data that can be gathered about the power consumption of any building or installation can be a difficult proposition. The figures on their own are mostly unable to provide a clear overview, which makes the data hard to properly analyse, and so making informed decisions or identifying problem areas can
be problematic.

Displaying the data graphically is an ideal solution, and doing so in the form of load profiles makes the data considerably easier to view, where trends and anomalies are instantly identifiable.

An example of half hourly meter data readings – informative, yet difficult in this raw form to identify problem areas or long-term trends.

So What Are Load Profiles?

Load profiles are simple graphs showing kwh against time, with the load split into bars at user-determined intervals. This produces a graph with a distinctive shape – the profile. This allows immediate analysis of consumption, as the operator will already have a fair idea of what the profile should be.

For example, a normal high street shop would be expected to have a minimal load overnight, swiftly rising to a plateau during opening hours, before a swift decline after closing and returning to the minimal load at night. Any out of the ordinary behaviour is therefore obvious, as it results in the profile changing from the expected – a spike at night where lights have been left on, or a faulty unit with increased or decreased consumption.

Over time, the expected profile for most circumstances can be predicted, such as changes in temperature at different times of the year. They are also a useful tool for setting targets – for example, profiles from the same date in the previous year, or from similar circumstances can be compared, effectively showing areas for improvement or successes in reduction and increased efficiency.

The data to produce a profile is taken from the electricity meter, which itself functions as a form of data logger, normally at half-hourly intervals, which splits the day into 48 individual readings. This meter is mandatory for those supplies having demands over 100kW but can be requested and fitted for smaller supplies.

The operator downloads this data on a daily basis and provides it to the supplier for billing purposes. Each half-hour value is the energy consumed in that period, so the demand – the maximum load taken – is twice that amount. So a load profile showing 50kWh taken in a half hour period requires a demand of 100kW for that period. This data gives us valuable knowledge of the supply capacity required by the building throughout the day under most circumstances.

Some examples of typical profiles are now explored, demonstrating how the load profile can be used as a powerful tool to identify problems and assist in improving energy efficiency.

The first profile in fig. 1, is for a large retail outlet. Overall, this is a good example with little room for improvement, apart from an overall reduction in energy use throughout.

Note the profile shape shown by the black line – this is the ideal profile that should be looked for at similar businesses. There is low energy use at night, with an increase at around 6.30am when security opens the branch and switch on some lights and systems.

There is a further small increase as more staff arrive and then, just before opening time there is a large increase as all lights and systems come into play. This builds to a reasonably steady plateau during operational hours with a very steep decline after the closing of business.

Finally, once the branch is locked for the night, the energy usage drops down to a minimum.

As a generalisation, most buildings should be able to reduce their demand to below 10% of the maximum load overnight, as in this example, where the nighttime readings are under 50kW per half hour interval, so well under 10% for most of the time.

This second profile, detailed in figure 2 shows a poor profile, with high night time usage. As shown in the previous example of a good load profile, ideal overnight demand should be below 100kW. This will be made up of refrigeration load, security systems, chargers, emergency lights and some computer systems and their cooling equipment.

If, as in this example, the night time usage is significantly above 100kWh, the following possibilities are amongst those which should be considered:

If this is a one-off event, there is not much that can be done, apart from ensuring that areas of the building which are not affected by the work are fully shut down, or lighting and other systems are scaled down to reflect the lower number of people in the building.

If, however, this is a regular occurrence, it is clear that action must be taken. Discussions with the building manager, informed by the profile, can identify areas where savings can be made.

The profile also shows a gap at about 7 am, which is a typical profile of generator testing, as no power is imported during the test it results in a gap in the profile graph.

Other Types of Undesirable Load Profile 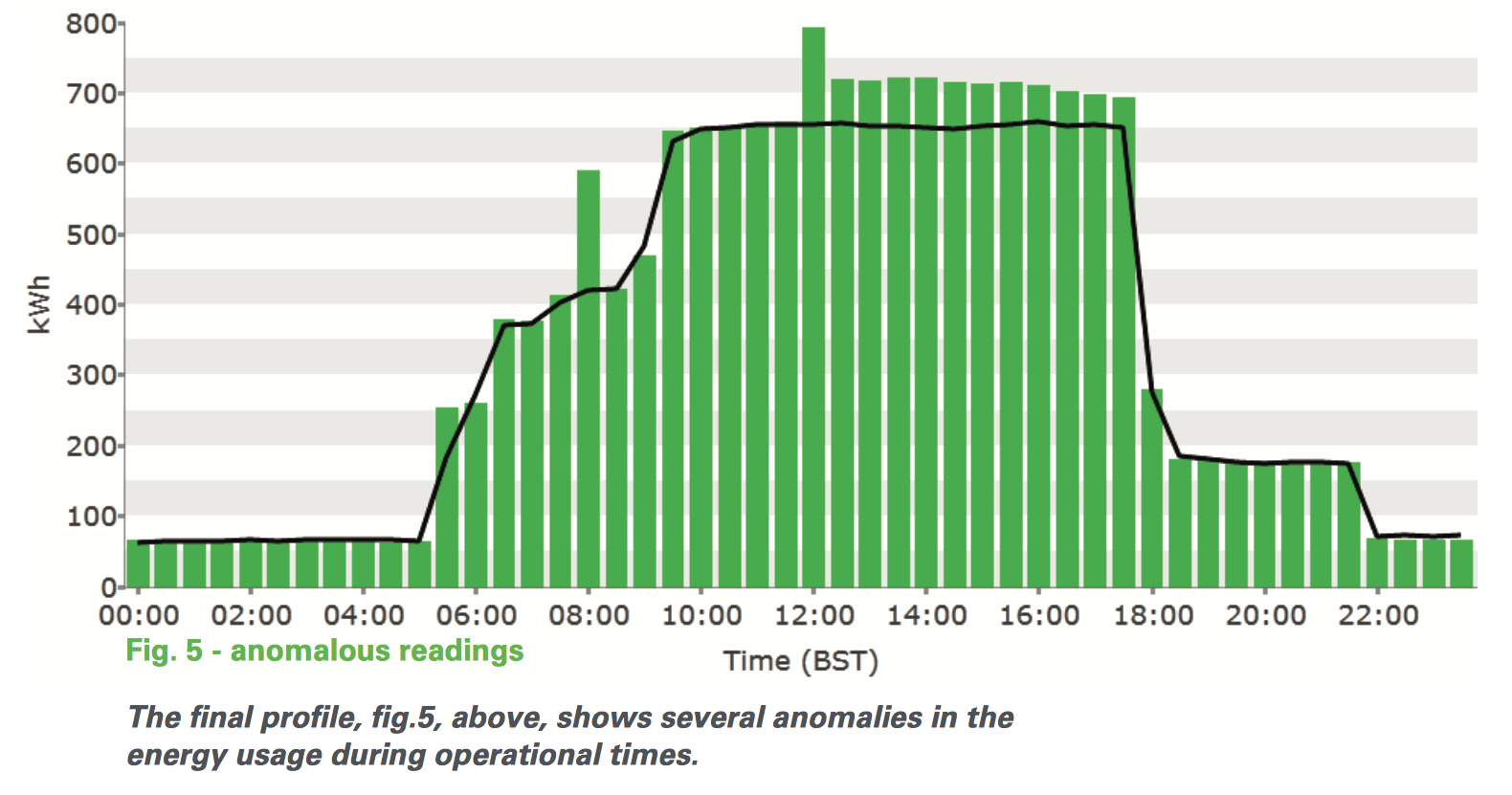 Again, by consultation with the building manager using the profiles, to reduce the slow increase and overall consumption. Simple steps such as ensuring that only those systems and lighting which are absolutely necessary are operating and that everything not required is switched off.

Whilst such steps sound obvious, often they are not readily apparent to building managers until the effect is shown using a load profile.

As an example of a smart way to reduce consumption, in some buildings it has been found that it is possible to turn the ventilation off up to half an hour before closing, without detriment to the environment within the building, as there may be relatively few customers, the use of load profiling encourages experimentation and thought into ways to reduce overall consumption, where even small changes can produce large gains.

These can be due to systems being inadvertently being switched on when not required, or perhaps surges following a small power interruption. Whilst it is possible they could just be due to environmental factors, a sudden chill, a heat spike, heavy rain causing a large influx of people into the building. They need investigating.

The raised plateau in the profile above indicates that a large energy use system came into operation during the afternoon.

This may have been additional chillers or ventilation but it is unusual. This again shows the values of such profiles. Without this graphical representation, such behaviour, not being immediately apparent, may remain undetected for a very long time, resulting in unnecessary and costly wastage.

The benefits of using load profiles are easy to see, and when coupled with systems such as energy dashboards make building energy management significantly easier and a great deal more effective.

Looking to take your business beyond simple energy efficiency? Get in touch with Next Controls today. 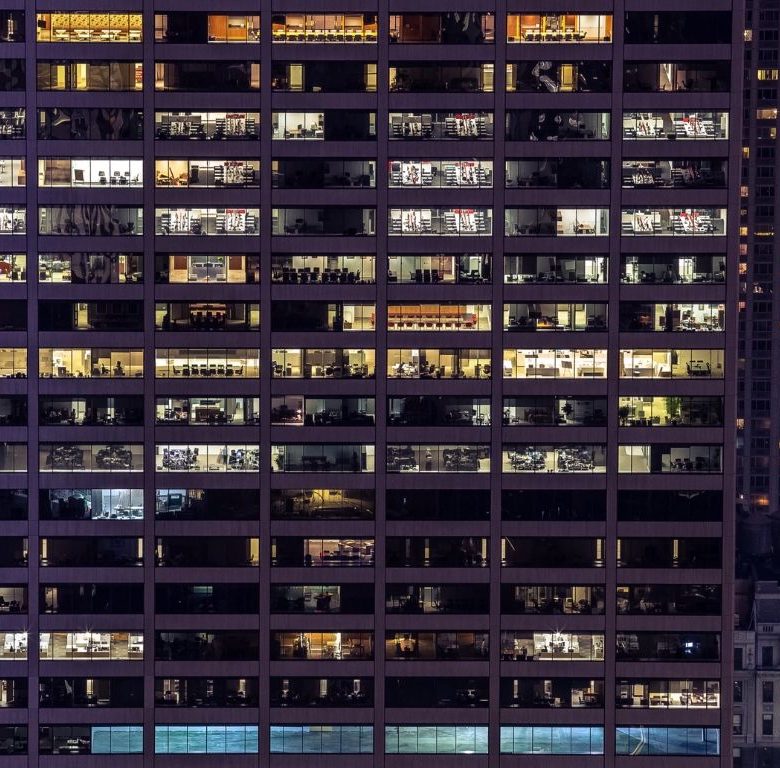 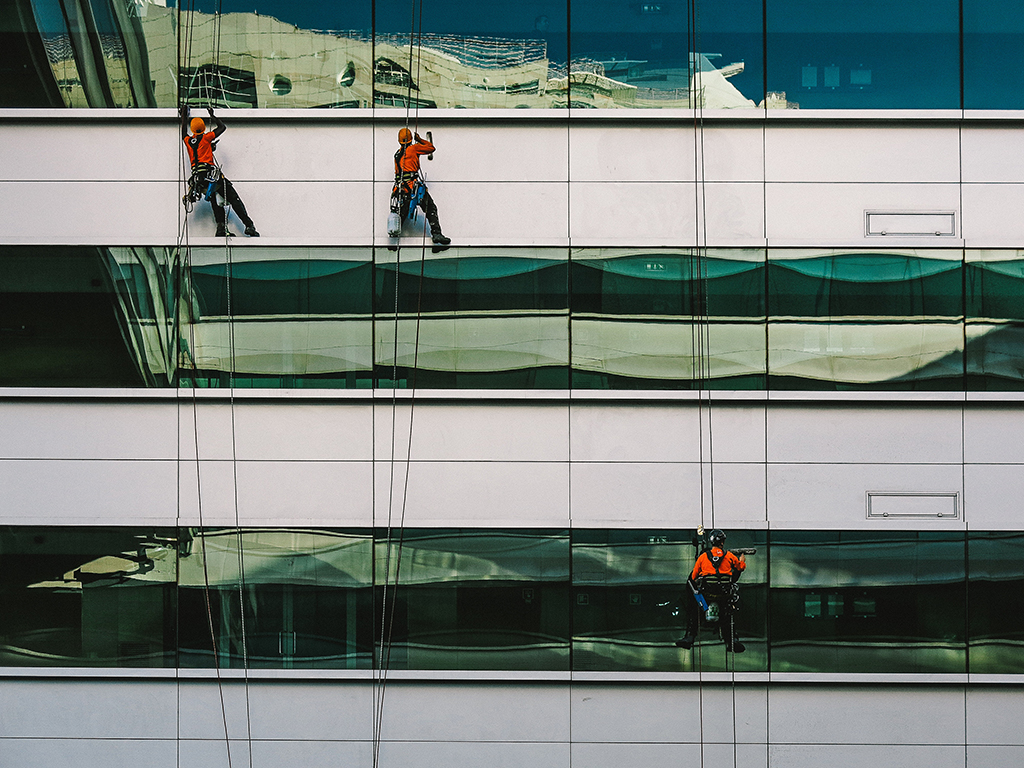